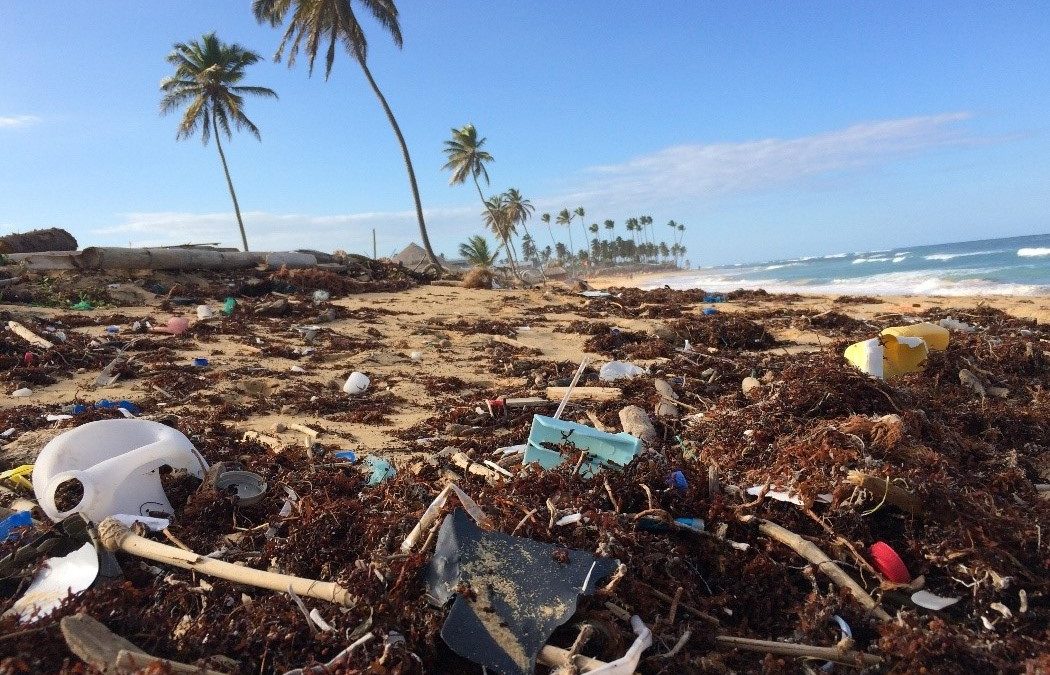 Every minute, one garbage load of plastic ends up in the oceans. Astonishing. Research by the World Economic Forum, and Ellen MacArthur Foundation suggests that by 2050 there will be more plastic than fish in the sea as per current rates of plastic waste production.

It has been reported that humanity currently uses resources equivalent to 1.7 Earths on average to sustain our current lifestyles. The UK has formed a Natural Capital Committee to study how the country consumes its natural resources, and how long they will last at current usage rates. Profoundly enough, they have concluded that if the world was to adapt the average British citizen’s lifestyle, it would accumulate an ecological footprint that would require 2.4 Earths to be sustainable.

Plastic waste production is a global issue. The Earth is moving towards an era of being plasticized with more than 70% of total plastic production ending up in waste streams, most of which are sent to landfills or are discarded on land, and in the oceans. Dr. Erik van Sebille of Utrecht University, an oceanographer who tracks and studies plastic in the seas, proclaims that ‘we are facing a tsunami of plastic waste’ which urgently needs to be dealt with. Every nation, every individual, every corporation, and every global citizen has a responsibility in addressing this unsustainable way of living that is quickly deteriorating the health of our planet.

Approximately one third of consumed plastic is attributed to packaging. However, in accordance with the National Packaging Waste report, only 46% of plastic packaging consumed in the UK is collected for recycling. There are estimations of over 5 million tonnes of plastic waste produced per year at a growth rate of 1.5% per year in the UK today. Moreover, the UK has historically exported two thirds of its plastics waste for reprocessing overseas, predominantly to China due to the lack of domestic capacity.

More recently, China has banned imports of foreign waste which has accumulated pressure on industrial countries such as the UK to develop recycling capacities internally, ultimately, leading to the mountain of plastic waste. This, in turn, calls for recycling operations to be fixated locally to achieve self-sufficiency, which otherwise, is proving to be costly as most of the waste is dumped into landfills.

What is the Government doing?

Her Majesty’s Treasury has taken into consideration the concurrent issues surrounding co-mingled waste in the UK, alternatively known as ‘plastic mountains’. Hence, the Treasury has encouraged the development of sustainable recycling processes to address this problem which is showcased in the following excerpt:

“[Implementation of taxes] to shift demand towards using recycled plastic in manufacturing, to encourage more sustainable design of plastic items and discourage those that prove difficult to recycle such as carbon black plastics, to reduce demand for commonly littered single use plastic items, including single-use coffee cups and takeaway boxes, and to ensure the right incentives are in place to encourage recycling of waste that is currently incinerated.” HM Treasury (2018), Tackling the Plastics Problem.

Moving forward, there needs to be a commitment to either develop new, greener products or processes which has been assured to be supported via funding available from the government’s tax system and budget revenue. The HM Treasury announced in 2018 the allocation of £20m to plastic innovations, an initiative Genesis is committed to which will help us improve the current state of the environment.

The Managing Director of Genesis is determined to participate in securing a greener and cleaner future for the UK. He sums up this global issue by emphasizing the responsibility upon ‘everyone to play their part in restoring the health of our planet’. Outstandingly, this idea has been implemented in his innovation, led and driven by Genesis, which aims to reduce the overarching dilemma by objectively ‘turning dirty plastics from municipal solid waste (MSW) into clean recycled material using a novel energy efficient process’. The project will seek to improve on current technology within Plastics Recovery Facilities (PRF) by implementing an innovative process that separates and decontaminates plastic waste. Presently, a grant application has been submitted for the project and additionally, the company has procured partnerships with senior researchers from the University of Birmingham, private firms specializing in industrial design and production services, plastics engineers, and technologists. Be rest assured, Genesis will play its part in increasing the rates of recycling, and will indefinitely improve the current stature of our country’s plastic waste predicament.

Stay Up to Date With The Latest News & Updates